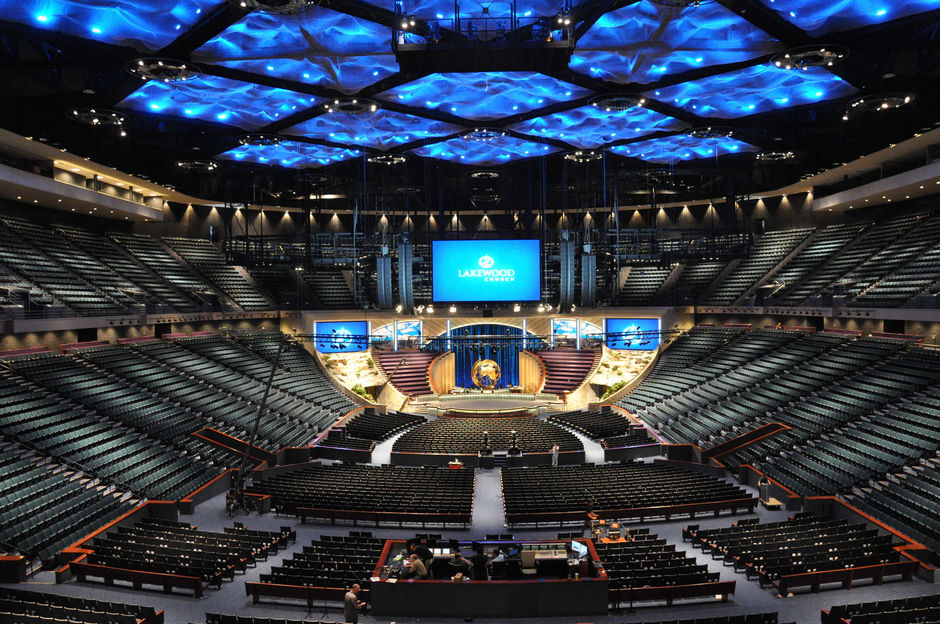 The largest “mega church” in the United States needed a complete audio upgrade for its 16,800-seat facility. Lakewood Church is led by Pastor Joel Osteen, whose broadcasts reach more than 10 million viewers worldwide every week. The Church features a large stage at the front with floor and tiered seating throughout the expansive space. Lakewood Church moved into its current location (formerly the Compaq Center) in 2005, which was the last time the facility and sound system had been renovated. However, as the ministry grew in scope over the past year, church management—including Lakewood Church technical director Reed Hall and senior audio engineers BK Beard and Brad Duryea—realized the system needed to be upgraded.

Pastor Joel Osteen uses a lavalier mic and moves around the stage quite a bit when giving his sermons. He wanted to reach and engage every congregant. The audio system needed to be heard loud and clear in every part of the church. The existing audio system was a bit deficient in headroom, and because lavaliers don’t have the output (gain before feedback) of handheld mics, it was sometimes a challenge to get a loud enough level from Pastor Osteen’s lapel mic. Management also felt that the coverage from the older system’s front fills was inadequate, and that the system was deficient in upper mid-range and high-frequency clarity.

The HARMAN system now provides plenty of headroom on the lavalier mics, allowing full movement on stage, as requested. By using JBL VTX and VerTec array speakers, the front fill issues were solved, while the upper mid-range and high-frequency clarity was vastly improved. It was also much easier to setup and configure than the previous system, thanks to the synergy between the JBL VTX loudspeakers, Crown amplifiers, HARMAN’s HiQnet System Architect™ and BSS London Architect programming software and communications protocol. With the improvements to the Lakewood Church audio system, the technical director feels that the large facility now offers the acoustic experience of a 4,500-seat theater.

“Pastor Osteen wants the system to sound everywhere the way it sounds in the front row, and with this system, we have nailed it. Compared to the old system from the console, Pastor Osteen’s voice sounds 50 feet closer than it did before.” — Reed Hall, Lakewood Church Technical Director