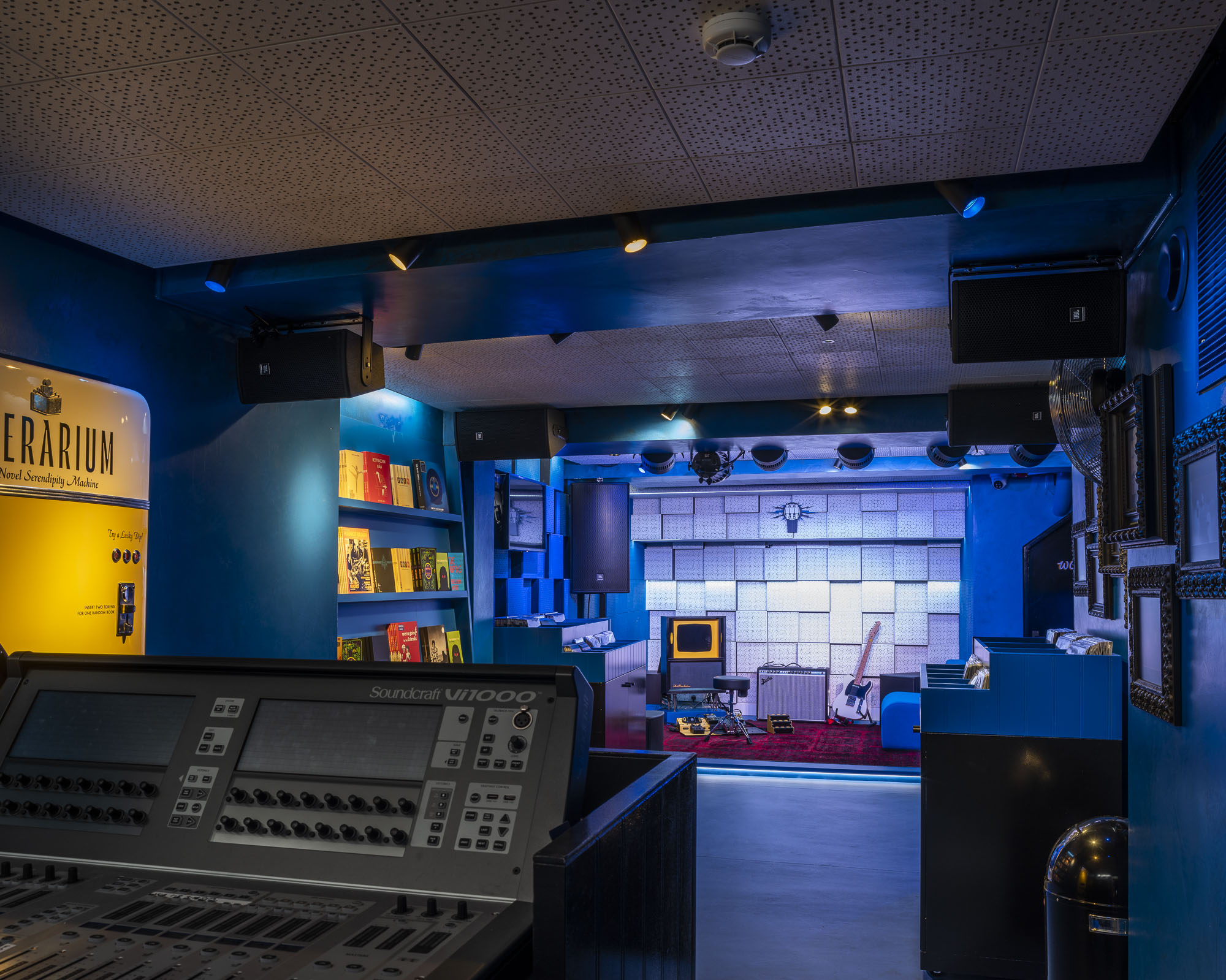 LONDON – December 03, 2021 – HARMAN Professional Solutions, the global leader in audio, video, lighting and control systems, including networked AV, today announced that Third Man Records, one of the top independent record labels in the US, selected JBL Professional, Martin, BSS, and Soundcraft solutions for their new store and venue in London.

Located in London’s Soho district, the new Third Man Records store is the label’s third location and its first international storefront. Downstairs from the main store area, The Blue Basement is a live music venue designed for intimate and exciting shows featuring local and international artists. Label founder and musician Jack White is a well-known audiophile and personally designed the store’s audio systems to meet his high standards. White selected equipment from HARMAN Professional Solutions to deliver high-fidelity background music in the store area and impactful live sound for The Blue Basement.

"We’re on a mission for purity, we build spaces where nothing is translated, nothing impersonating something that it’s not,” said White, Co-Founder and Co-Owner, Third Man Records. “Live music venues are like churches, they’re sacred spaces that need to give people what they want, something real. JBL gets that and it’s why they’re obsessed with translating sound in such a pure way."

Fans lined up early on the morning of September 25, 2021, for the London store’s grand opening to purchase exclusive in-store records by Paul Weller of the Jam, David Ruffin, the Jesus & Mary Chain and other beloved British artists. Later in the day, White played a surprise show in The Blue Basement as well as a rooftop set near the storefront. In addition to a large collection of new releases, vintage reissues and rarities, the store also includes oddities like a music-making phone booth, a token-operated vinyl recording station, and a book vending machine.

Downstairs in The Blue Basement, the stage area features JBL AM7215/95 high-power loudspeakers, which provide audiences with powerful yet detailed sound. AC18 and AC16 loudspeakers are mounted in delayed positions around the venue to ensure vocals sound clear and intelligible for each member of the audience. For bigger, high-capacity shows, like White’s inaugural set, the room also has optional JBL ASB6115 subwoofers for extra low end and impact. The Soundcraft Vi1000 digital mixing console provides intuitive controls for live sound, and both the upstairs and downstairs audio systems implement BSS signal processors for optimal sound distribution.

“It was great to see how important the quality of the sound was to the team from Third Man and how much they valued the audio equipment that we put into the project,” said Ed Jackson, Manager, Applications Team, EMEA, HARMAN Professional Solutions. “They’ve got a really interesting shop and it deserves a great sound system. The engineer who worked on Jack’s opening show said, ‘It’s the best sounding small venue in London,’ and I agree with him––the way the equipment and the room have come together sounds amazing. It combines the sound quality of a recording studio with the energy of a live stage. Everyone I’ve shown it to has been blown away.”