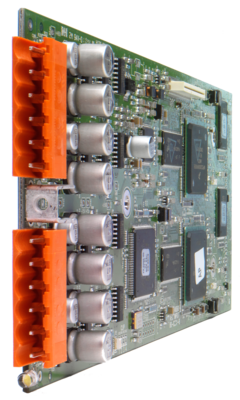 They offer four independent channels of AEC which can be freely configured in software and individual AEC references allowing users to provide a solution for multiple spaces using a single device.

Automatic Gain Control (AGC) ensures that the inputs of the microphones are set at the optimum level. Noise Cancellation (NC) removes steady state noise (such as from a projector fan or air conditioning device) from the signal path. This stops the noise from being amplified.

Non-Linear Processing (NLP) dynamically adjusts to minimize echo caused by under or over-cancellation.