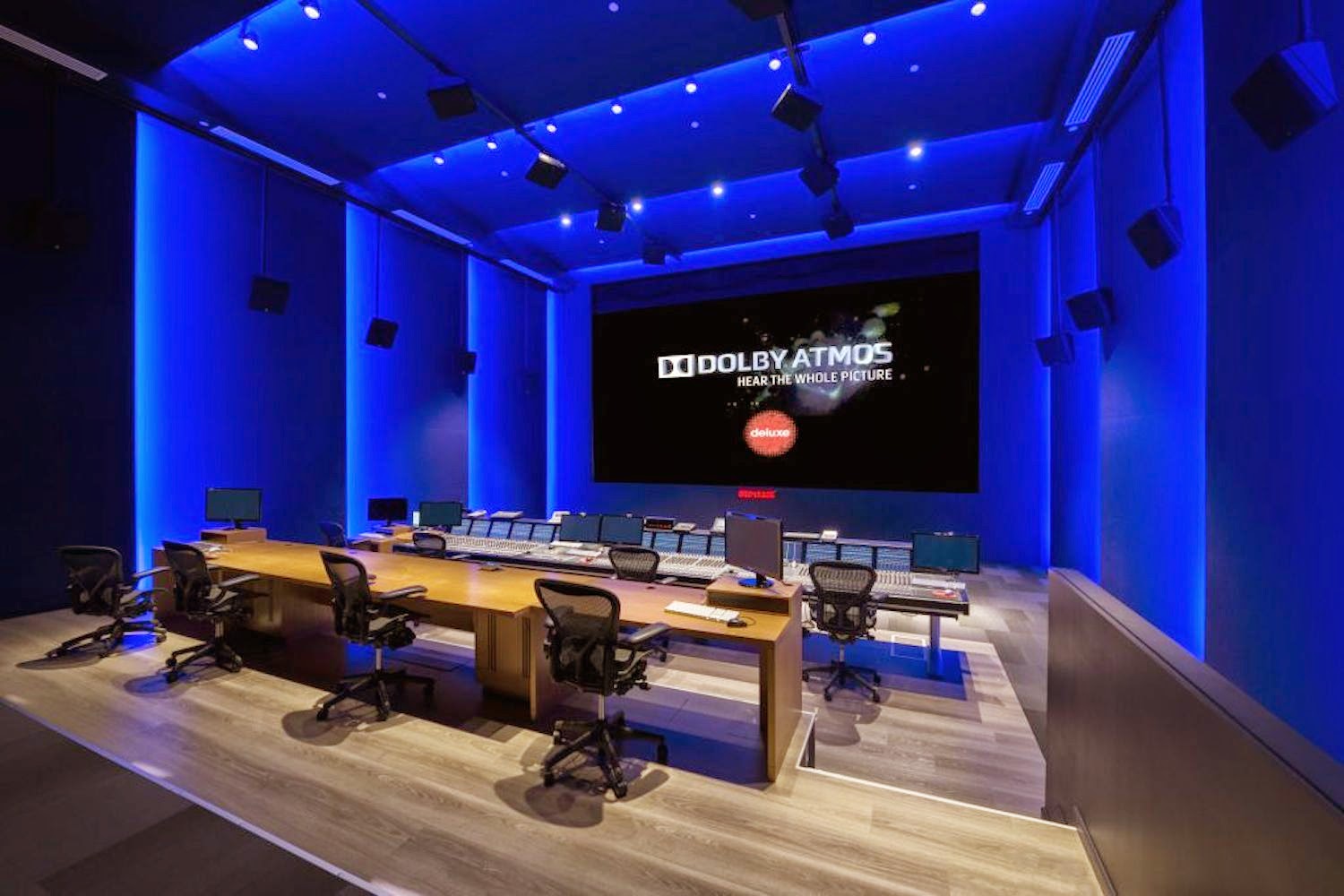 TORONTO, Canada — Deluxe Toronto Ltd., one of the world’s most prestigious and successful suppliers of services and technologies to the worldwide entertainment industry, has completed relocation to a new state-of-the-art facility on King Street West in Toronto. Affirming its commitment to offering the very best in technology, Deluxe has standardized on HARMAN’s JBL M2 Master Reference Monitors, Crown Macro-Tech 9000i amplifiers, and BSS Soundweb London processing.

According to Nick Iannelli, VP of Post Production Operations, Deluxe Toronto, the ability to have identical setups in each mixing room not only ensures consistency for its team of audio engineers; it also provides valuable flexibility for its clients.. “Having the same technology in multiple rooms means we can transfer our work throughout the facility to accommodate different schedules, with no change in what we are hearing.”

“The JBL, Crown and BSS technologies are all built to work together,” said Phil Seel, Senior Engineer, Deluxe Toronto Ltd. “So we have this tremendous, integrated package that not only performs incredibly well, it’s also easy to customize for our operation.”

The choice of HARMAN equipment was the result of Deluxe’s extensive evaluation of the world’s best technologies, and the M2 monitors stood out markedly from the competition. “We did a lot of testing with a lot of different systems, and the M2’s sounded terrific right out of the box,” said Mike Baskerville, Manager, Sound Operations, Deluxe Toronto Ltd.

“When we first listened to the M2 speakers, it was so easy to hear the difference compared to other monitors we tested. The flatness and consistency across the room, was very evident, it didn’t matter where we stood in the room. It was amazing!” Iannelli said.

“Mixing requires critical listening. The second we changed something in the EQ, there was an instant response from the M2 speakers. This accurate sound reproduction effortlessly allows us to find the balance among so many different elements. We could hear the difference right away. It makes mixing exciting,” Baskerville said.

Moreover, the Crown amplification provides Deluxe Toronto with plenty of flexibility, regardless of the project. “We need a lot of headroom and dynamic range for a lot of the theatrical mixing we do, and the Crown amps give us that and more,” Baskerville said.

As Deluxe Toronto hoped, the consistency between rooms has paid off in spades. “For workflow it’s been great,” Baskerville said. “Not only are we hearing the same thing, we continue to be amazed at the quality of the sound, even though we’ve all been working in this industry for a long time!”

“Initial exposure to the new rooms has been met with exceptional reviews,” Iannelli said. “Everyone can now hear every single detail in the mix, which actually creates more work for us in the short term but enables us to deliver a better product at the end of the day!”

“The M2’s are a game changer,” Seel concluded. “To have this kind of fidelity in these systems, it’s mind blowing. We’ve never heard anything like this before.”

Deluxe Entertainment Services Group Inc. is a global leader in media and entertainment services for film, video and online content, from capture to consumption.

Since 1915, Deluxe has been the trusted partner for the world’s most successful Hollywood studios, independent film companies, TV networks, exhibitors, advertisers and others, offering best-in-class solutions in production, post production, distribution, asset and workflow management, and new digital solution-based technologies.

With operations in Los Angeles, New York and around the globe, the company employs nearly 6,000 of the most talented, highly honored and recognized artists and industry veterans worldwide. Deluxe is a wholly owned subsidiary of MacAndrews & Forbes Holdings Inc. For more information visit www.bydeluxe.com and www.bydeluxetoronto.com.