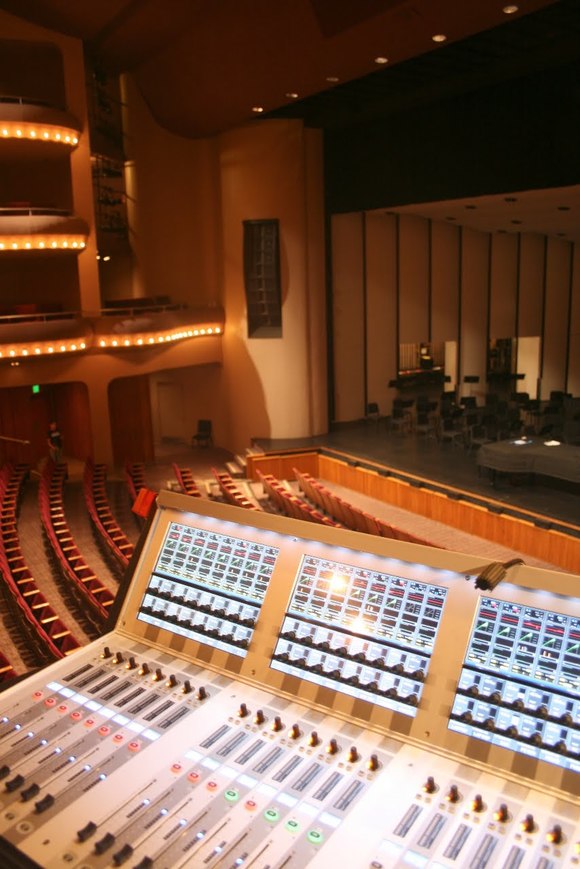 PALM DESERT, California — Known for providing entertainment and education through a variety of performing arts events that reflect the diversity of people, interests, and tastes of the Coachella Valley in California, the McCallum Theater recently updated its all-HARMAN audio system by adding Soundcraft's Vi6 digital audio mixing console for its front-of-house mixing needs.

Patrick was the project manager when the original system was installed, and knows the details of the hardware. “He was the logical choice to go to, both for purchasing and integrating the console,” stated Anderson. “I had done my research and knew I wanted the Vi6. I had never used a digital board before, but the ease of use and operation with Soundcraft’s Vistonics™ II was so good that I jumped right into it. I knew that my guest engineers would be satisfied.”

“It was a seamless transition going from the old analog wiring to the new digital system,” said Anderson. “I am still learning the aspects of digital mixing, but the board is everything I imagined and more. I chose the 96 input option.”

To learn the new board, Anderson attended Soundcraft’s “Mixing with Professionals” session, conducted by Gert Sanner in Northridge, California. “It was perfect,” stated Anderson. “The class was four hours long and I came away with information that made everything easier. My favorite feature on the console is the Vistonics, which allows me to see all channel settings at the same time. I also like the GPIO (General Purpose Input/Output) for starting playback devices with the function keys or from a cue. The GPIO contacts appear on my patch bay, along with user interface connections to all playback devices, for easy configuration.”

“I am extremely happy with the console and the support I’ve received from HARMAN and Soundcraft. It is perfect for what we need and I am excited to keep learning more ways to use the board and discovering more functions and effects,” Anderson concluded.

For more information on the McCallum Theater, please visit: http://www.mccallumtheatre.com