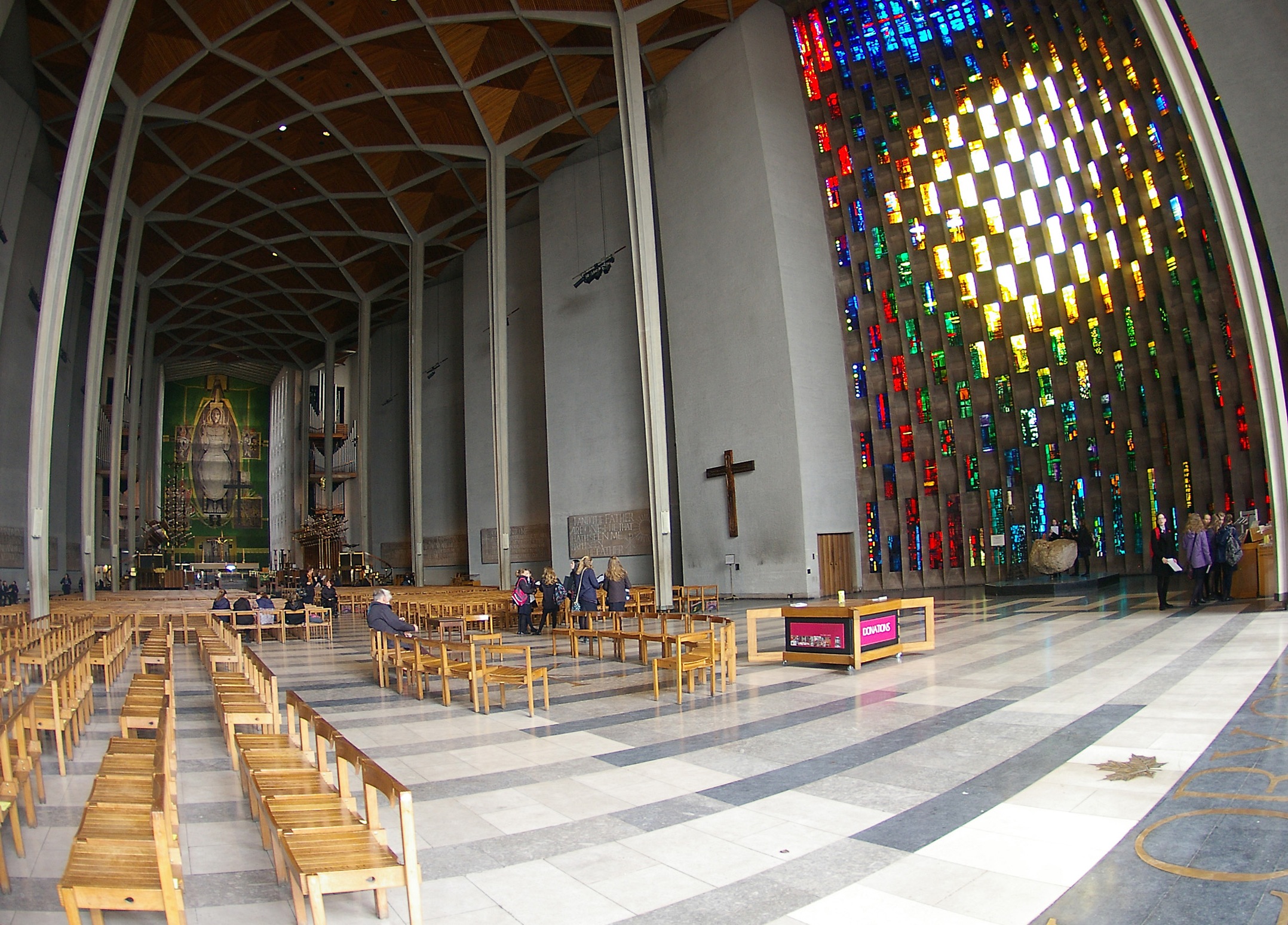 COVENTRY, United Kingdom – In need of a complete overhaul of its audio signal distribution, the historic Coventry Cathedral recently underwent a major upgrade, bringing it into the digital age with a HARMAN BSS Audio Soundweb London system. The famous Coventry Cathedral, which was destroyed during World War II and eventually rebuilt, has been a place of Christian worship for over 1,000 years. The installation was handled by AV provider RaceTech AV led by Robin Dibble, head of audio engineering and responsible for an upgrade to the church’s audio system 20 years ago. All BSS Audio equipment was supplied by UK HARMAN distributor Sound Technology, Ltd.

With an outdated analog audio system, the quality of the cathedral’s audio was suffering. When Dibble was brought back to update the system, he knew a BSS Audio Soundweb London solution would be the best for the needs of the facility. “With our original solution, no matter what area of the Cathedral a microphone was plugged into, the system was inherently time aligned in both directions, both up and down the length of the building,” remembered Dibble. “We used a huge rack of hand-wired summing amps, signal delays and modular automatic microphone mixers.”

“Using Soundweb has made everything so much easier,” Dibble explained. “What was previously a huge issue, with so many channels requiring EQ and delay, is now a breeze — and there is so much processing power that just one BLU-160 is operating at only 52% capacity. And since the entire solution is built into Soundweb, it provides a completely different way of optimizing the sound.”

“As for BLU link, this provides big system cost savings as there are no network switches, no extra cards and it’s self redundant. The result is a better sound quality, and I have only had positive comments, as no one believed such a sound as this would be possible,” added Dibble.

The base for this system is installed in a console near the rear of the cathedral, for use by the clergy. In addition, the equipment rack, which houses the amps, DSP and radio receivers, is in a dedicated room immediately in the back.

Within the church, the reaction to the upgrade has been overwhelmingly positive as well, “The audio installation provided by RaceTech has greatly improved the audio quality of our corporate worship and the diverse range of events the Cathedral hosts. The sound is clear and evenly distributed, and the system is coping well, utilized in isolated areas for small gatherings through to full congregations of 1200 people,” said Jenny Thurston, Head Verger for Coventry Cathedral.

For Dibble, the BSS Audio Soundweb London system has made the whole process incredibly straightforward. “The BSS experience is never anything other than positive. I have never looked elsewhere as this has been by far the most cost-effective solution.”